Reward Charts | Benefits of Reward Charts | NZ
To give you the best possible experience, this site uses cookies and by continuing to use the site you agree that we can save them on your device. 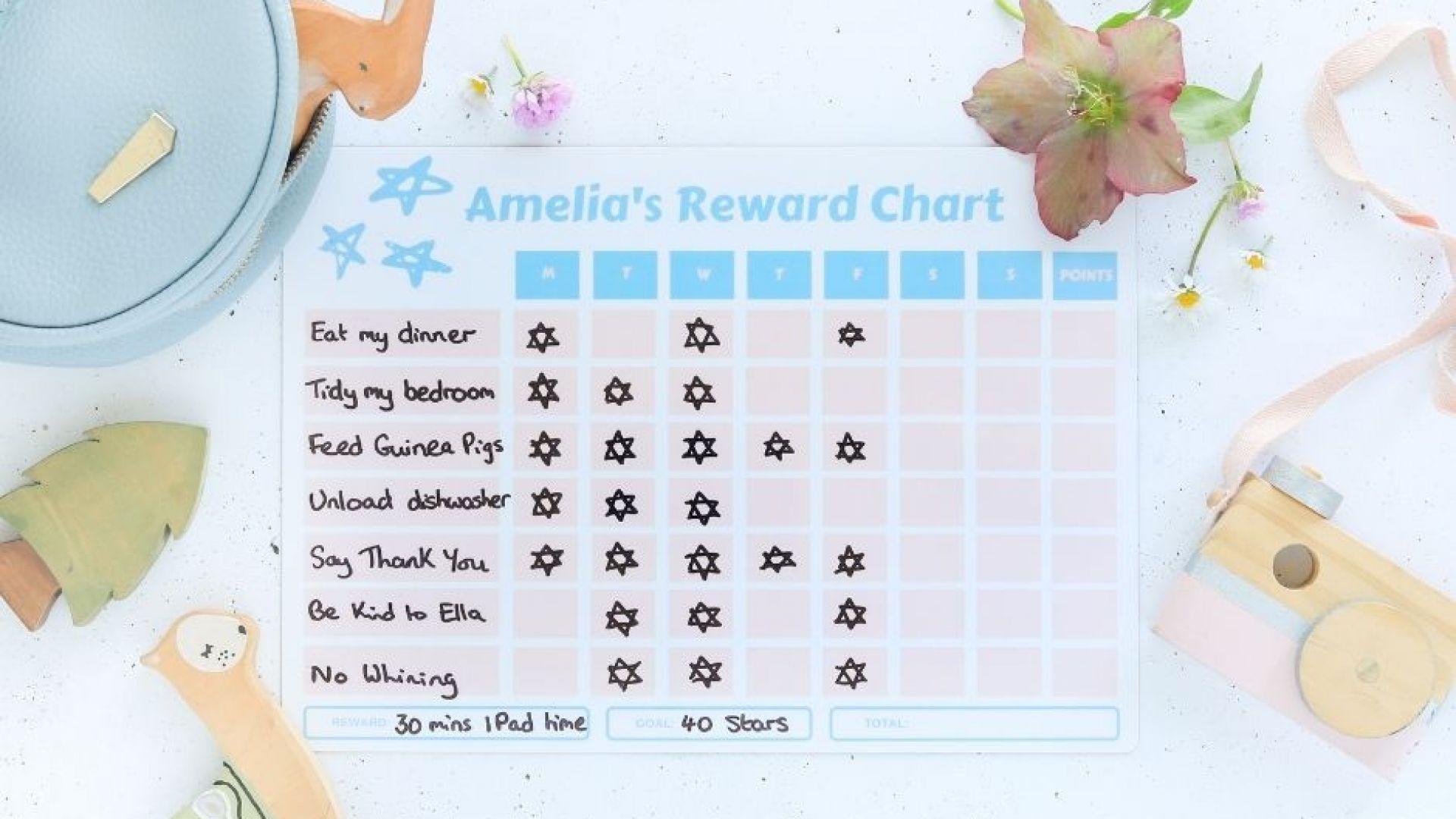 Reward charts are a great tool for changing children’s behaviour and come in a  variety of different forms, from paper based Reward Charts, to Magnetic Whiteboard charts or even apps. The aim is for your child to obtain a certain number of stars, ticks or stickers that add up to a reward.

But do they actually work?

According to Psychology Today, the data overwhelmingly indicates that Reward Charts DO work to help a child to change his or her behaviour, as long as you are using the correct method to implement it.

What are the benefits of a Reward Chart?

There are 2 main types of Reward Charts.

The first is where just one behaviour is focused on at a time and needs to be very specific. A behaviour could be:

“Sharing toys nicely with sibling” and every time the behaviour is achieved a star is awarded. When the chart is full, the reward (which is agreed upon in advance and noted on the chart) is given.

The other type is a weekly reward chart and can contain a number of different behaviours to work on. This type of chart works well for behaviours that need to occur every day such as "cleaning teeth without a fuss", "getting dressed in the morning without any arguments" or "trying all the dinner on my plate".

How do you use a Reward Chart?

What ages are Reward Charts for?

According to Raising Children Network, Reward Charts work best for children aged 3-8 years. Children older than 8 may benefit more from a Chore chart whereby they are achieving “pocket money” for completing chores each week.

“I got the save the date magnets yesterday & I absolutely LOVE THEM! They're exactly what I've been wanting.. but I've had so much trouble trying to print them, with places not being able to do magnets, or that specific size etc - so, I'm so glad I found ya via Instagram!”